Live On Score
Home Champions League Cristiano Ronaldo and Lionel Messi: Are their days of dominating the Champions...

As Cristiano Ronaldo trudged off the pitch in Turin on Tuesday night, having been at least partly at fault for the goal which sent Juventus crashing out of the Champions League, it felt like a significant moment.

How many more opportunities will one of the game’s all-time greats get to win another European crown? And in a team whose domestic dominance has disappeared this season, what chance does he actually have of winning it?

Ronaldo is contracted to the Italian giants until the end of next season and should line up for Andrea Pirlo, or his successor, when the group stages of the competition begin again in September. 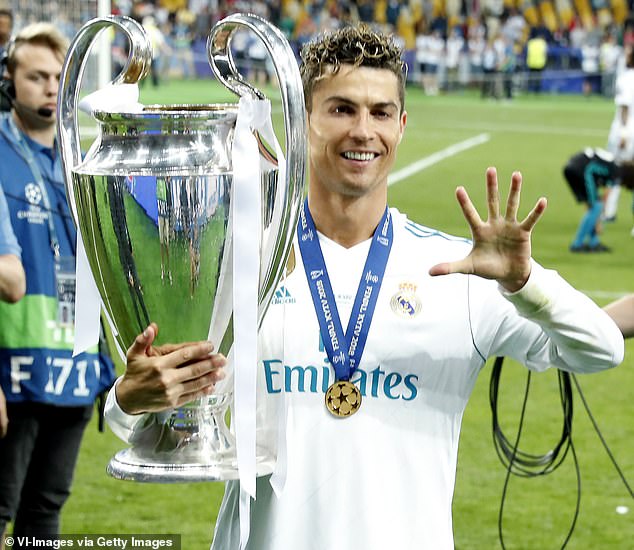 CRISTIANO RONALDO IN THE CHAMPIONS LEAGUE

He will be closer to his 37th birthday than the 36th he celebrated last month by then, and is likely to have at least one eye on how – and most importantly where – he wants to finish his illustrious career.

A move to America and Major League Soccer will undoubtedly be of interest when 2022 rolls around, meaning Ronaldo could feasibly have just one more shot at winning the Champions League before he hangs up his boots.

For a player who has become synonymous with the competition since making his debut for Manchester United back in 2003, it would be a shame if he didn’t make a fist of it one final time.

Juventus splashed out £100million on Ronaldo in 2018 in a bid to finally end their Champions League hoodoo – they haven’t won the European Cup since 1996 – but things haven’t gone to plan since.

A quarter-final exit to Ajax in 2019 has been followed by last-16 disappointment in the last two seasons, first to Lyon last term, and then to Porto on Tuesday night.

Failing to make it to the latter stages is something Ronaldo, the Champions League’s all-time leading scorer with an incredible 134 goals, is simply not accustomed to. 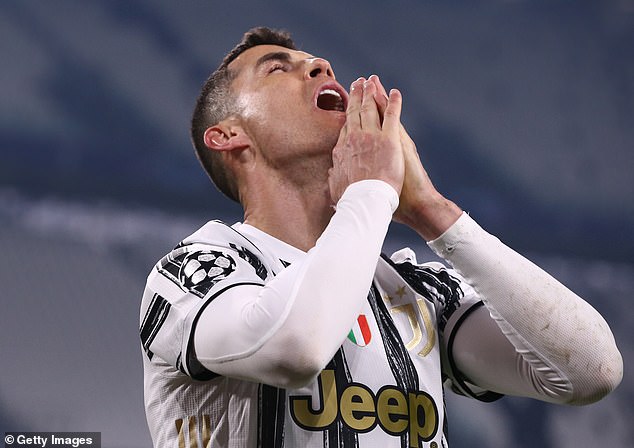 After three disappointing seasons in the competition with United between 2003 and 2006, he helped Sir Alex Ferguson’s men make it all the way to the semis in 2007, before scoring in the 2008 final – a penalty shootout triumph over Chelsea.

Ronaldo and United made it back-to-back finals by reaching 2009’s showpiece, but it would be the Portugal star’s future rival, Lionel Messi, who would come out on top with Barcelona.

The Argentine scored Barca’s second goal that night in Rome to help seal his second European crown, having also been part of the squad who made it to the 2005-06 final, although he was not involved in the victory over Arsenal.

It says everything about Messi and Ronaldo’s dominance of the Champions League that the season before Barca beat the Gunners to lift the trophy in Paris, 2004-05, was the last in which neither of them made it to at least the quarter-finals. 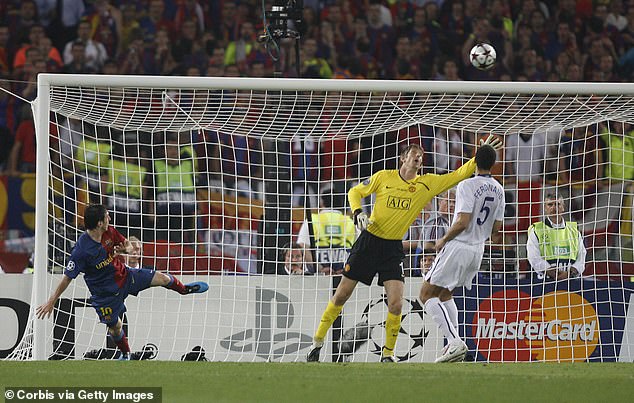 LIONEL MESSI IN THE CHAMPIONS LEAGUE

That amazing record looks certain to come to an end tonight, however, with Messi facing the same fate as Ronaldo when Barcelona travel to PSG in the second leg of their last-16 tie.

Ronald Koeman’s men were thrashed 4-1 at the Nou Camp, and need to score at least four goals in Paris to stand any chance to pulling off another miracle against the Ligue 1 powerhouse.

The first leg result means Messi will almost certainly be in the same boat as Ronaldo come Thursday morning and begs the question: Is their golden era finally over?

After putting in an inspired display against United in the 2009 final, the Argentine went on to lift two more Champions League trophies – in 2011 and 2015 – and reached the semi-finals on four other occasions.

Messi, who is the competition’s second all-time leading scorer behind Ronaldo with 119 goals to his name, grabbed one of those in the 2011 final against United at Wembley, and put in a superb display four years later in the triumph over Juve. 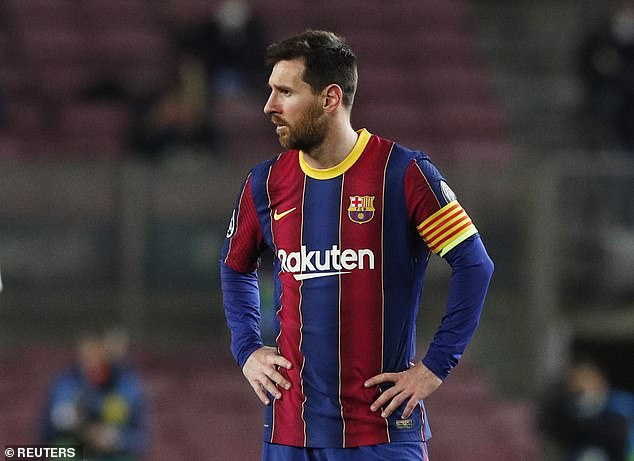 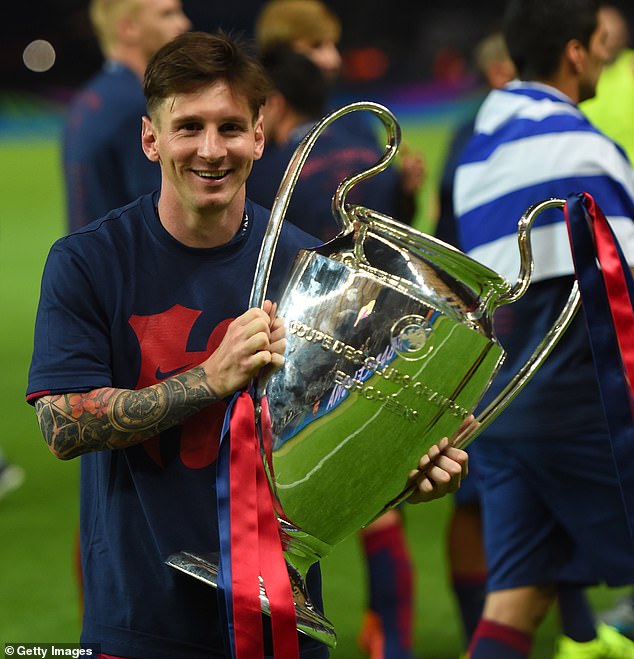 Messi holds the Champions League trophy after Barcelona’s win over Juventus in June, 2015

Ronaldo, meanwhile, began a personal crusade to return Real Madrid to the top of European football after swapping Old Trafford for the Bernabeu back in 2009.

A last-16 exit and three consecutive semi-final defeats was as good as it got for the Portuguese in his first four seasons in Spain, but then Los Blancos began to dominate.

Ronaldo played an integral role as Real beat city rivals Atletico Madrid in the 2013-14 final, scoring a penalty in the final minute of extra-time to put the tie beyond doubt and seal a 10th European Cup for the Spanish giants.

He followed it up two years later with the winning spot-kick in a shootout victory over the same opponents to seal another Champions League title – and set up a historic run in the competition.

Two more final victories back-to-back followed – against Juventus in 2017 and Liverpool in 2018 – to make it three in a row for Real, and five in total for Ronaldo.

He scored twice against his current club during a thumping 4-1 win in Cardiff, but it has been a different story entirely since leaving Madrid behind and moving to Turin.

Despite winning the Serie A title in each of Ronaldo’s first two seasons, the club have gone backwards in Europe and look increasingly likely to lose their domestic title to one of the Milan clubs this term too. 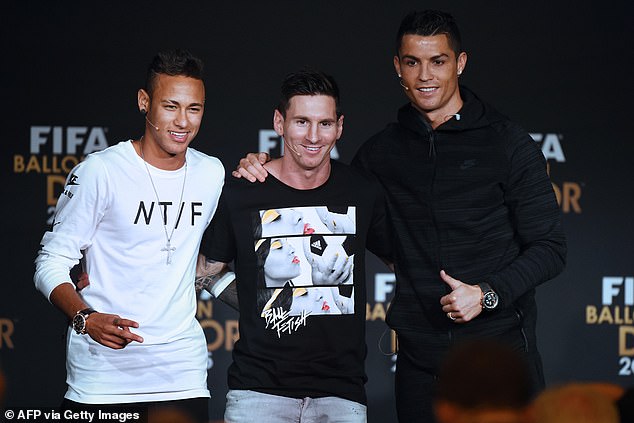 Ronaldo and Messi, pictured with Neymar in January 2016, have dominated European football

Messi, meanwhile, has been at the centre of a power struggle at the Nou Camp, having pushed to leave the club last summer following a humiliating Champions League exit to Bayern Munich.

Barca were thrashed 8-2 in a one-legged quarter-final in August amid boardroom turmoil and huge financial problems exacerbated by the coronavirus pandemic.

The club’s talisman made no secret of his unhappiness and looked set to leave for Manchester City at one point, only for Barca to deny him a free transfer.

Messi, whose contract expires this summer, now looks set to stay at the club beyond this season following the appointment of his friend, Joan Laporta, as president, but the club remain a long way behind their European rivals.

In fact, Barca have only reached the semis once since last winning the Champions League almost six years ago, and with a debt of around £1billion to deal with, big spending to refresh a tired squad appears highly unlikely.

The demise of Ronaldo and Messi, at least in Europe, has also been highlighted by the emergence of two players who seem set to fill their boots over the next decade.

Kylian Mbappe put Barcelona to the sword with his electrifying display at the Nou Camp last month, scoring a hat-trick to all but knock out the Catalan giants. 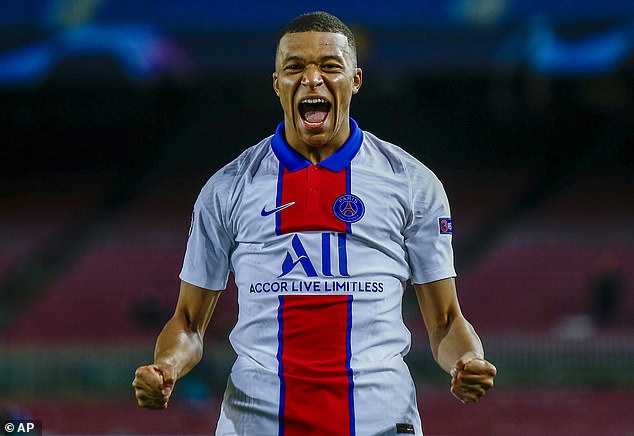 The PSG star’s performance sparked talk of a changing of the guard when it comes to the world’s best players, with Messi and Ronaldo having dominated the Ballon d’Or award since 2008, winning it every year between them, bar 2018.

Mbappe still has a huge amount to do to match the duo’s European exploits after losing last season’s final against Bayern, but he undoubtedly has the ability to take over as one of the continent’s best forwards.

Erling Haaland, who became the youngest and quickest player to reach 20 goals in the Champions League on Tuesday night, also seems primed to step up to the plate.

The Borussia Dortmund hitman achieved the feat in just 14 games, firing his side into the last eight of the competition with another double against Sevilla this week.

And with the likes of Chelsea, Manchester United and Real Madrid all keeping tabs on him, it might not be long until he’s spearheading the attack of a side with genuine expectations of winning the top prize.

Either way, with Barcelona and Juventus in the middle of a downward spiral and Father Time catching up on them, Ronaldo and Messi’s time at the pinnacle of European football looks to be coming to an end. 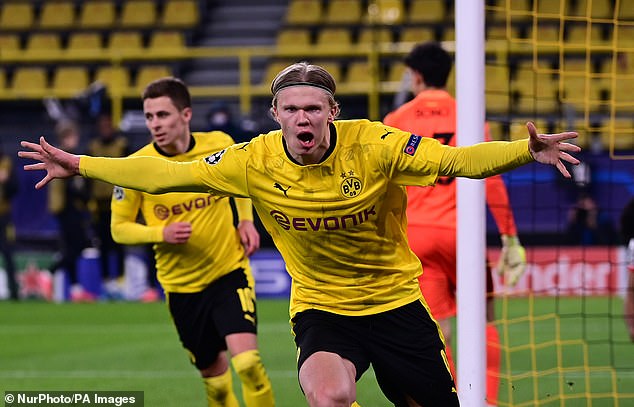