Does ANYONE want the Germany job? Bayern Munich boss and DFB favourite Hansi Flick says he isn’t interested after Jurgen Klopp also shunned his country’s call, with search ongoing for a successor to Joachim Low

By Kwame Boakye For Mailonline

It was announced earlier this week that Low would step down from his role as national team boss after this summer’s European Championship.

Flick had been amongst the favourites to succeed Low, however he revealed he is happy at Bayern and is solely focussed on being successful with the Bundesliga giants. 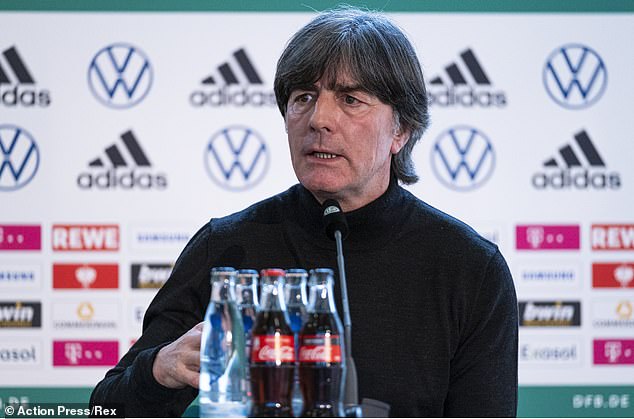 ‘I still have a contract until 2023 and I want to win more titles here! No speculation.’ Flick confirmed at a press conference.

On the subject of any potential approach from the DFB – German football’s governing body – he said: ‘They all already know me very well. I’m interested in the here and now.

‘I am now looking after my team and the game against Werder Bremen. As I said, speculation is not an issue for me.

‘Jogi called me the day before and told me that he wanted to take the step. 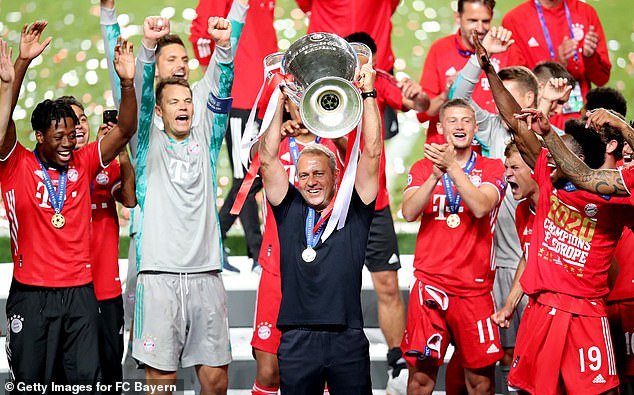 ‘He did a very good job for German football. Can be very proud of what he has achieved.’

Since becoming Bayern boss in July 2019, Flick has amassed an incredible trophy haul which includes last season’s Bundesliga title and the Champions League.

Liverpool manager Jurgen Klopp also ruled himself out of managing his country after insisting that he will honour his contract with the Reds.

‘I have three years left at Liverpool, that’s a simple statement, a simple situation. Klopp confirmed at a press conference. 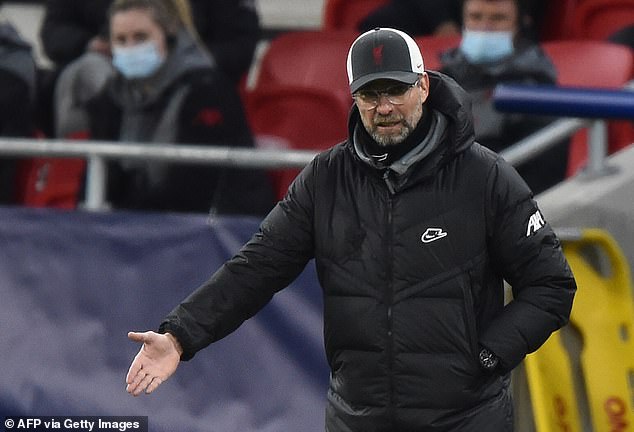 ‘You sign a contract and you normally try to stick to that contract don’t you?

‘I had a contract in Mainz where I stuck with them even though there was interest from other Bundesliga teams with more money.

‘It is just timing and if it doesn’t work out you don’t have to lose any sleep over it.

‘Jogi Low did an incredible job for so many years. I understand that he wants to have this highlight at the European Championship, try to squeeze everything out that he can in this tournament, and then somebody else will do the job.’

Liverpool: Jurgen Klopp hopes he has found a centre-back partnership in...