By Lawrence Booth for MailOnline

English cricket is mourning the loss of Surrey and England seamer Joey Benjamin, who has died from a heart attack at the age of 60.

The St Kitts-born Benjamin played in only one Test, taking four for 42 in South Africa’s first innings at The Oval, his home ground, in 1994.

But his feat was overshadowed by Devon Malcolm, who responded to a blow on the head from Fanie de Villiers by supposedly remarking ‘You guys are history’ – and steamed in to take nine second-innings wickets and bowl England to a famous win.

Benjamin, whose debut had come at the age of 33, was picked for that winter’s Ashes tour, where he was limited to his only two one-day internationals.

His chance of a Test spot was not helped when he came down with chicken-pox, only to be diagnosed with shingles.

He was never picked for England again, and later admitted: ‘Back then, you were playing over a trapdoor.’ 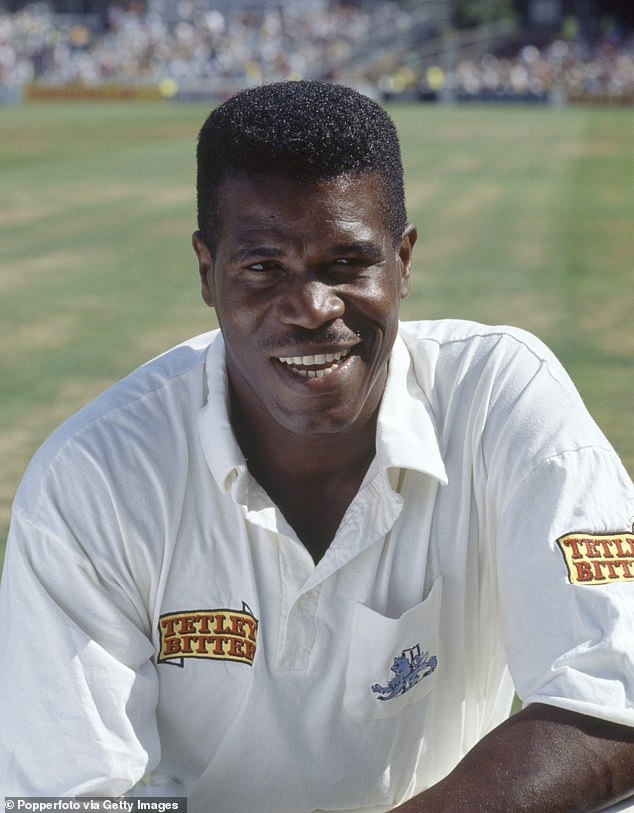 In a first-class career that began with Warwickshire in 1988, Benjamin took 387 wickets at just under 30 apiece, including 80 in the summer of 1994. He also collected 173 in one-day matches. His best figures were six for 19 against Nottinghamshire in 1993, when his victims in a total of 68 included Tim Robinson, Chris Cairns and Chris Lewis.

He retired at the age of 38 in 1999, after being ‘unceremoniously put out to grass’ by Surrey, according to Wisden, and went on to teach at Reigate Grammar. He was also involved with Reigate Priory CC.

Former Surrey team-mate Martin Bicknell tweeted: ‘Just heard some shocking news about the loss of Joey Benjamin. Joey was one of a kind, incredibly popular in the Surrey dressing room back in the day, so sad. RIP Benjy.’

‘I’m really saddened by this news,’ his former Warwickshire team-mate Paul Smith told The Cricketer. ‘He was always highly rated on the local club scene, but it took him a long time to get on the staff. He proved the doubters wrong after moving to Surrey.’

Cricket: Jos Buttler has NO defence against IPL favouritism accusations

The stats that shame England as Joe Root and Co fall...