By Kathryn Batte For Mailonline

Roy Hodgson has thrown his support behind Wilfried Zaha after the Crystal Palace star opted not to take a knee in their match against West Brom.

Zaha became the first Premier League player to not to take the knee after indicating he would stop making the gesture before matches last month. The winger also said he was uncomfortable with wearing anti-racism slogans on his shirt.

His manager supported his decision in his pre-match press conference on Friday and did so again after the Eagles’ 1-0 victory over the Baggies on Saturday. 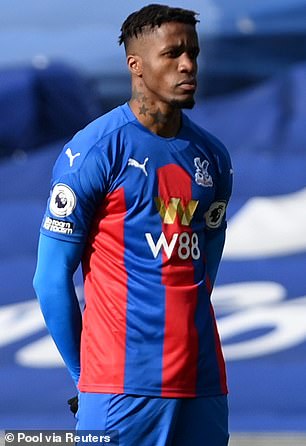 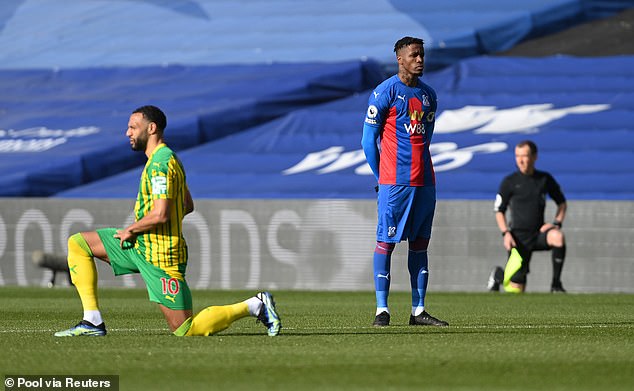 ‘I read his statement which I thought was very well put together and very articulate and I think it is a statement all of us would agree,’ the Palace boss said.

‘So he has chosen himself to take this step which puts him out of the bubble of the knee-takers if you like and a chance to make the statement he made to show how strongly he disapproves of what has been going on and what is still happening unfortunately in terms of abuse and racial abuse in particular.

‘We are all behind that and he cleared it with the rest of the players.’ 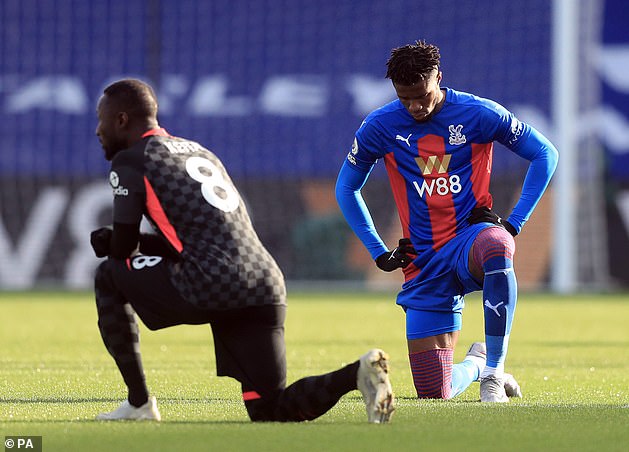 Having not started in Palace’s 4-1 defeat against Tottenham last time out, Zaha’s actions were not under scrutiny. But starting against West Brom, the winger was the only player from the 22 on the pitch to stand before kick-off.

A statement was released on behalf of Zaha just before the first whistle sounded at Selhurst Park.

It said: ‘My decision to stand at kick-off has been public knowledge for a couple of weeks now. There is no right or wrong decision, but for me personally I feel kneeling has just become a part of the pre-match routine and at the moment it doesn’t matter whether we kneel or stand, some of us still continue to receive abuse.

‘I know there is a lot of work being done behind the scenes at the Premier League and other authorities to make change, and I fully respect that, and everyone involved. I also fully respect my team-mates and players at other clubs who continue to take the knee.

‘As a society, I feel we should be encouraging better education in schools, and social media companies should be taking stronger action against people who abuse others online – not just footballers.

‘I now just want to focus on football and enjoy being back playing on the pitch. I will continue to stand tall.’